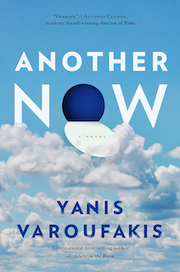 Yanis is a famous economist and voice of market-based socialism in the modern world. He has written several interesting books, and I am in the process of reading most of what he has written. Another Now is his first (and perhaps last) work of fiction, one in which he imagines an alternative, parallel reality. Think “Sliding Doors,” but for economists. In this case, the split in time happens during the aftermath of the 2008 financial crisis. “Our now” opted for bailing out big banks at the taxpayer’s expense and future generations. The “Other Now” took a very different path, rebuilding the world economic system using markets but eliminating the inequality that our current system generates.

Yanis wrote this book to show what might be possible if we rejiggered our systems. However, he is clever enough to acknowledge that while this “Other now” might have many benefits that our system doesn’t, it will not solve all problems and probably create some new issues.

At the end of the book, one character (Iris) in “Our Now” has the choice to cross over to the “Other Now.” She declines. Iris wants to stay in our less perfect world to fight more effectively for an even more ideal future. For her, the good gets in the way of the perfect. Iris’s decision to stay in “Our Now” reminded me of my favorite book from my childhood, Dr. Suess’s “I Had Trouble In Getting To Solla Sollew,” in which the character attempts to escape his troubles by journeying to “to the City of Solla Sollew, on the banks of the beautiful River Wah-Hoo, where they never have troubles! At least, very few.” When he arrives, after a harrowing journey, he finds that there is just one problem in Solla Sollew, but that problem is so large that the people of Solla Sollew are setting off for another land where there are no troubles at all. But, instead of heading to the next promised land, he heads home with a new attitude and a new bat to smash his problems.

Stay and fight your troubles, or flee for better lands? A question we must all answer.

Several quotes about the problems with our current system resonated with me, including this one:

“Corporations go to great lengths to employ geniuses: technologists, designers, financial engineers, economists, artists even. I’ve seen it happen,” he said. “But what have they done with them? They channel all that talent and creativity towards humanity’s destruction. Even when it is creative, Eva, capitalism is extractive. In search of shareholder profit, corporations have put these geniuses in charge of extracting the last morsel value from humans and from the earth, from the minerals in its guts to the life in its oceans.”