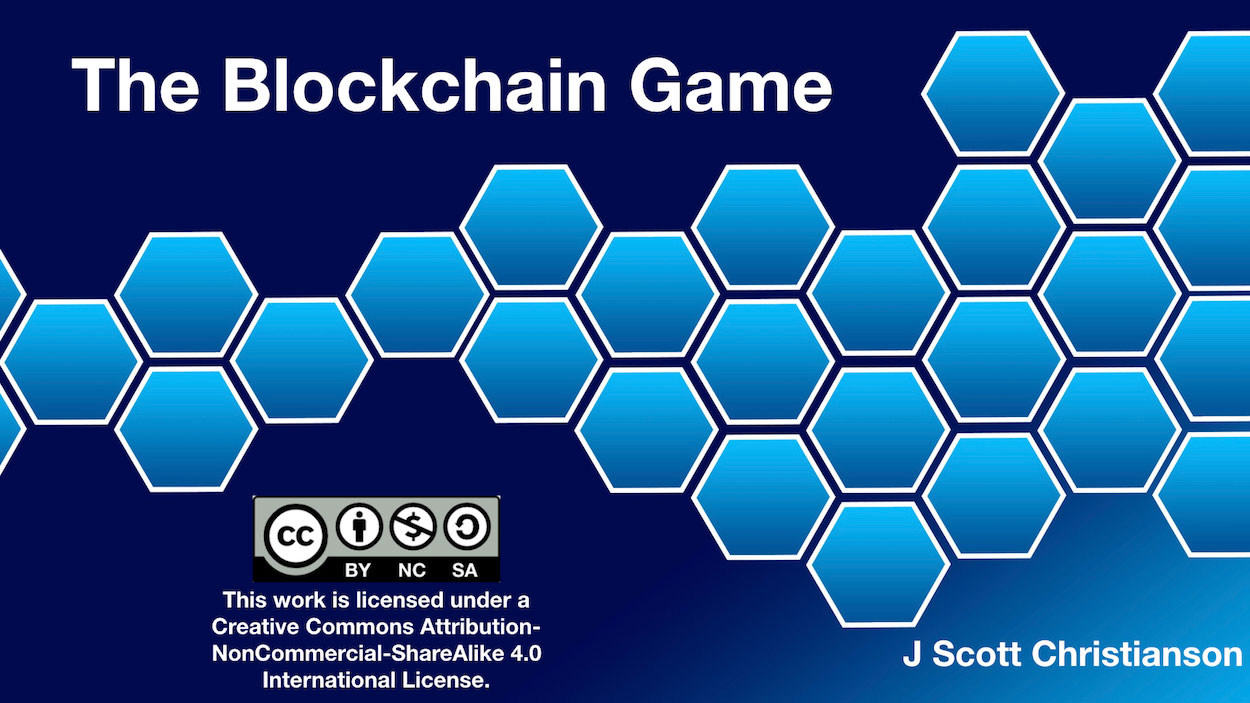 Blockchain technology is being applied—or attempting to be applied—in many new areas including law, shipping, contracts, government, healthcare, etc. Putting aside the issue of whether all these applications are really a good fit for blockchain technology, more people want to know how a blockchain works. As an educator, I am very interested in how to teach students about blockchain technology without overwhelming them with technical details. So I set out to develop a hands-on exercise that could be used with any group of students from high school students to adults. This is my effort, and it seems to be working well enough for wider use. It is also time to see how other educators use this exercise and get some feedback to make it better!

Basics of the Game:

Blockchain concepts taught by the game:

I have provided all the materials in one large zip file. Here is what you will find in that file (organized by folder)

Other suggested windows to have open and ready to view:

I have not tried this, but one could have a couple of "plants" who might be bad actors trying to hack the ledger, one a faculty (node) and another a student who might try to bribe a node.

The  YouTube video below provides a walk-through of the basics of The Blockchain Game with my comments on how to conduct the game and with some video from student volunteers. This should give you a good idea of how to run the simulation.

A couple of notes on modifications that I am thinking of doing:

The Blockchain Game is a great starting point for a conversation about blockchain in your organization. I have used it with lots of different groups and industries. I offer workshops from 1 to 4 hours, with time for discussion and brainstorming. 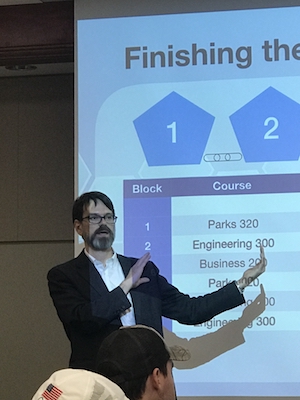 Need more blockchain education? I can also train your staff to use the blockchain game and teach others about how blockchain can be used in your organization or industry.